THE CLIMB by Anatoli Boukreev 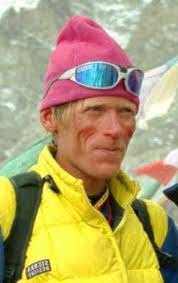 After reading Into Thin Air I read The Climb by Anatoli Boukreev. Boukreev was criticized in Jon Krakauer's book for heading down the mountain too quickly when the blizzard hit, leaving clients behind. Little did Krakauer know that that was the plan all along for Boukreev--to get down and rest in case an emergency arose where he would be needed to ascend again. Krakauer wasn't even in Boukreev's expedition, so to make such an assumption is brutal. And in a total lack of journalistic integrity, not only did Krakauer never bother to check this fact, Boukreev himself claims he told Krakauer this, yet it still ended up in the book. The truth of the matter is, while Krakauer was asleep in his tent, too exhausted to move, Boukreev went into the storm and saved lives. I'm so glad I read this book afterwards; I'd thought Boukreev was indeed the villain Krakauer paints him to be, but the truth is, Boukreev is a hero. In my opinion, Krakauer's book, written as well as it is, should be on the fiction shelves. Anatoli Boukreev died in an avalanche a year later, but his book remains, unearthing the truth about what really happened on Mount Everest on May 10, 1996.
Posted by Jerrod Edson at 8:44 PM

Email ThisBlogThis!Share to TwitterShare to FacebookShare to Pinterest
Labels: Everest