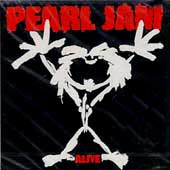 Later, after Joan had gone back to sleep, Jerry slipped into Kevin's bedroom. He sat on the edge of the bed and looked around the room. He had never been in Kevin's room alone, not for any length of time anyway, to look, to really look at things. He studied the posters on the walls. One was black, with a white stick figure roughly drawn with arms and legs outspread. Underneath the figure in red letters were the words Pearl Jam. Jerry wondered who or what a Pearl Jam was. He read a few of the titles on Kevin's bookshelf. Ham on Rye. A Farewell to Arms. Island. Lives of Short Duration. The irony of the last title saddened him so that his arms felt heavy, his chest tight, as if something was pressing against it. He took a gulp of spiced rum, finishing the glass, his third, and sat on the bed again, where, after smelling the pillows and the sheets, trying to smell Kevin, grasping, grasping, he slept.

(from A Place of Pretty Flowers)
Posted by Jerrod Edson at 7:24 PM

Email ThisBlogThis!Share to TwitterShare to FacebookShare to Pinterest
Labels: A Place of Pretty Flowers