A Survivor's Guide to Engine Failure at 35,000 Feet by Lee D. Thompson 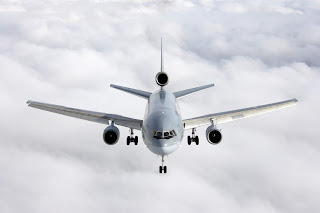 Your life will go down in flames and when you pull yourself from the ashes a great black boot will stomp you back into the soil, says Kaye Allan Warwick, the angst-ridden, ranting protagonist in Lee D. Thompson's 8,000-word story A Survivor's Guide to Engine Failure at 35,000 Feet.
Warwick is writing a letter to his doctor after he "went off the rails" in their recent appointment, in the hopes the doc will keep him on as a patient again; part audition, part apology, part confession, Warwick is a man humble enough to know he needs help dealing with the psychological weight of being one of two survivors of a horrific plane crash, yet refreshingly haughty in the aftermath of his pseudo-celebrity status that followed.
Stories that dare to delve into madness (or to the brink of it, in this case) run the risk of crashing and burning (too much ranting and you lose the reader; too little and it's not believable), but it's not the case here; Thompson holds a steady hand on the yoke. The humour is sparse and well-timed. Indeed, Warwick's voice is manic, yet altogether alive and authentic (imagine a Hunter S. Thompson / Barney Panofsky offspring and you're headed in the right direction). His memories of the crash are honest and raw, and utterly void of any writerly bullshit:
Yes there were 189 others who didn’t make it, who were, as I saw first hand, though the photos were never released, torn to shreds – dismembered, beheaded, rendered unrecognizable as human, strewn about like doll parts. Blood pooled in the oddest places.
Thompson's writing is so clean it makes me want to go back and edit my own stuff. This is a lovely, witty, imaginative piece of fiction. So buckle yourself in and get ready for take-off; you're in for a spectacular patch of turbulence.
You can read the full story HERE.
Posted by Jerrod Edson at 11:54 AM 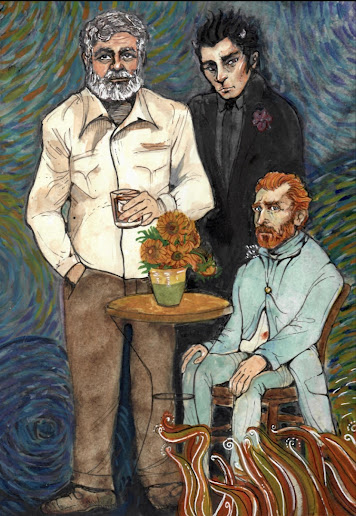 "Think David Adams Richards meets the Coen Brothers and you're not far off." -Warren Layberry