The Beauty and the Greatness of David Adams Richards 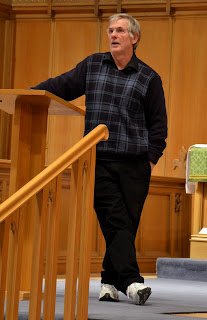 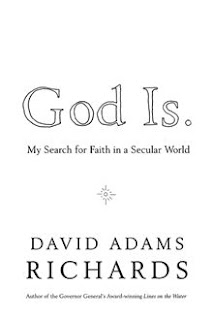 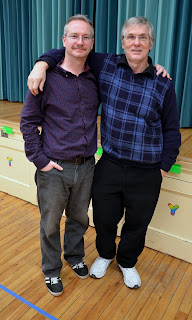 An amazing night last night at the Westdale United Church in Hamilton where I saw David Adams Richards give a public address on "Beauty and Human Greatness" from his book God Is. Richards spoke about the meaning of beauty and greatness, while saying that beauty did not come in spite of evil in the world, but because of it. It was a powerful and moving reading. I spoke with him beforehand and we chatted about a few things (I hadn't seen him since 2005).

I met briefly with him afterwards as well and got a nice picture with him (above, taken by my good friend Clive). He is such an amazing man--one of the best writers alive today but as humble and as down-to-earth as anyone you could ever meet. He makes me so proud to be a Maritimer. His message was about greatness and goodness, and he personifies both. In an age where some writers walk around thinking they're above others because they once won a prize, here is a man who has won everything and still stays the same. He's a genius in the truest sense of the word; under-appreciated in his own lifetime, but nonetheless miles above every other writer around him.

The world will be talking about Richards for as long as humanity has literary discussions, and I think it's about time he should be seriously considered for, in the words of Hemingway, "the Swedish thing"...(You can bet if he'd written about Toronto his whole life instead of small-town New Brunswick there'd be a weekly column in the Globe and Mail calling for it.)